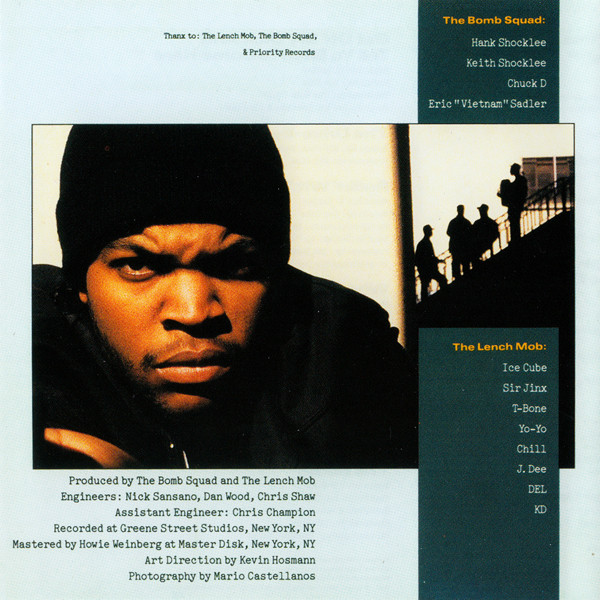 Man… there is one thang, that happened this week in West Coast Hip Hop History that changed the game. You know what that is? Yeah Man, You guessed it … ICE CUBE Dropped Amerikkkas Most Wonted May 15ht 1990. 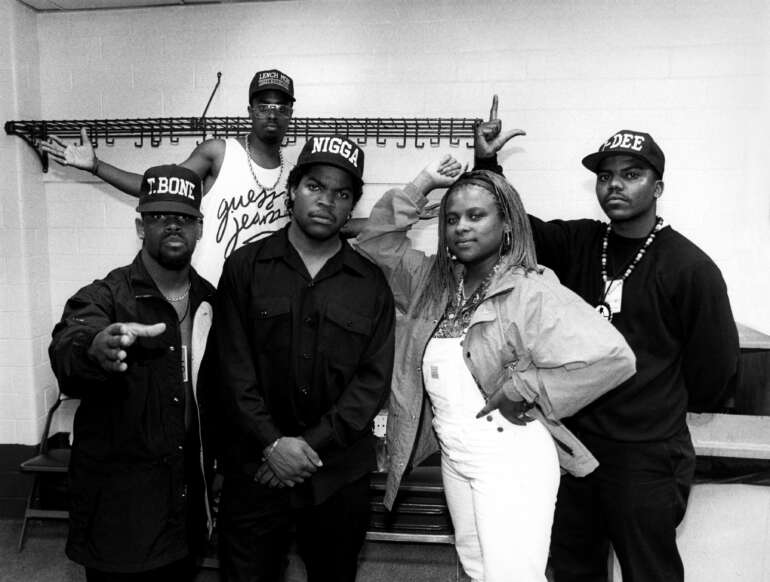 Monumental. This was Cube’s first solo album after splitting from NWA. Public enemy’s own The Bomb Squad produced most of the album. So the story is… even with the break from NWA, Cube wanted non other than Dr. Dre to produced Amerikkkas Most Wanted.. but that was not going to happen with Jerry Heller. Dr Dre wanted to, but it didn’t happen.

Cube wrote and wrote, and penned much of early NWA classics. So he turned to his notebook of raps, and used some songs planned for Easy E.. and with help from Sir Jinx, and then the Bomb Squad after he temporarily moved to NY.. the albums was put together. Hank Shocklee reported only agreed to do songs for Cube, if they could do the whole album. Man that is an album too. Cube who was down with the Nation, and the streets of Amerikkka were on fire.. this album hit hard on many social topics, and the continued racism and oppression against African People. From the content, to the style, to the beats, to the skits.. this album kicked the door down. This week we  got that classic Cube in the MIX!! 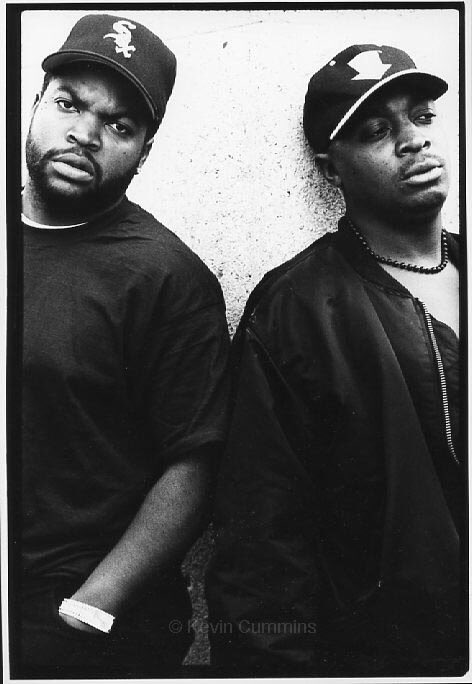 New west coast this week… Buddy got a track on Godfather of Harlem, “Shit Don’t Feel Right” listen for it, and Glasses Malone “^6 n da Morn” with Snoop, Ice T, and Ty Dolla Sign. Dig it, thats it , I’m gone. 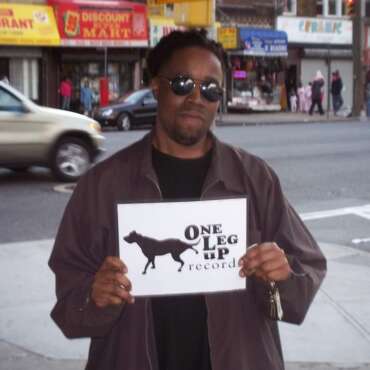 The irony is Underground Hip-Hop never dies.  It thrives on its freedom.  Freedom from contractural obligations, sponsorships, an fickle popular expectations.  It is steadfast.  A true and living example is Godfather Don. From the Bushwick section of Brooklyn, New York, Godfather Don rose to to prominence in 1991 with his solo debut “Hazardous”.  He then went on to produce and rhyme with the inventors of Underground, backpack rap, Ultramagnectic MC’s […]