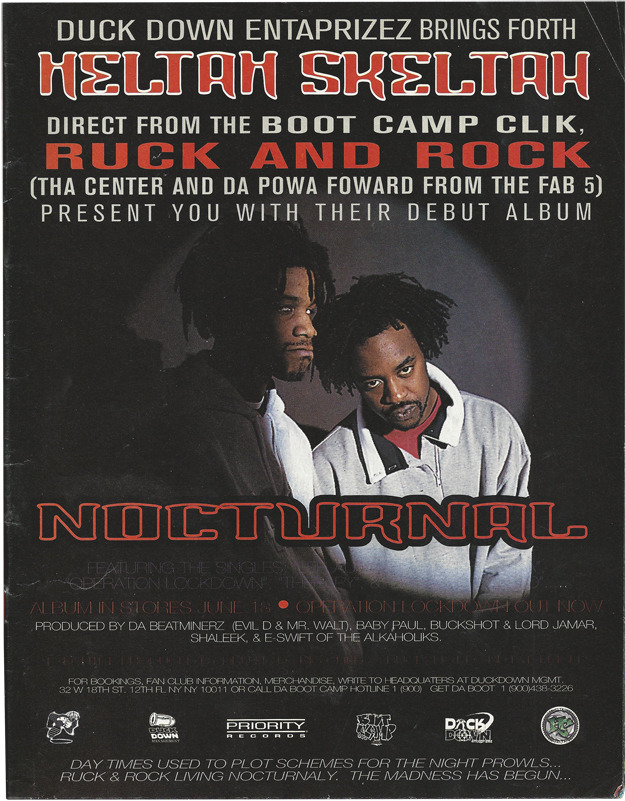 I’ve always been a grimy dude.  I mean, don’t get me wrong, I have great hygiene and keep a clean home and my whips always right.  I just like raw raps and rugged beats – exactly what the Boot Camp Clik perfected by the time they brought forth Heltah Skeltah. 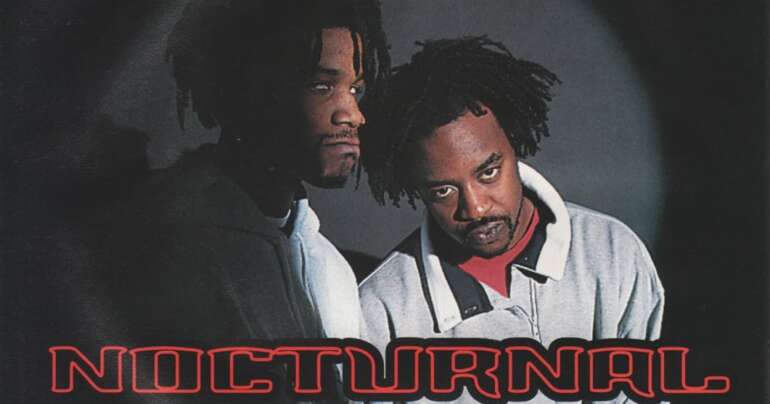 This year marks the 25th anniversary of Health Skeltah’s debut LP – the underground classic Nocturnal.  It was 1996.  By this time, us heads were already well-acquainted with the Boot Camp Clik’s members- primarily their leaders Buckshot of Black Moon and Steele of Smif-N-Wessun.  We heard a few verses from Ruck and Rock (RIP) since ’92 but nothing prepared me for the heat they had in store.

Starting with its lead track, “Letha Brains Blow” Nocturnal rolls and smokes like a runaway freight train downhill across the granite of the Sierra Nevada.  I mean the whole album is bangin.  To this day I keeps it on slap- especially Sean Price’s self-titled track, “Letha Brainz Blo”, “Understand”, “Clan’s, Posse’s, Crew’s, and Clik’s” and “Soldiers Gone Psycho”.  True to classic album formula, Nocturnal is bottom-heavy featuring stand-out singles “Leflaur, Leflah, Eshkoshka”, with affiliates O.G.C. in their Fab 5 formation, and “Operation Lockdown”… Matter fact,  now that I think about it, the Boot Camp Clik’s first three albums were on par with Wu-Tang Clan- but I’ll save that debate for another day. 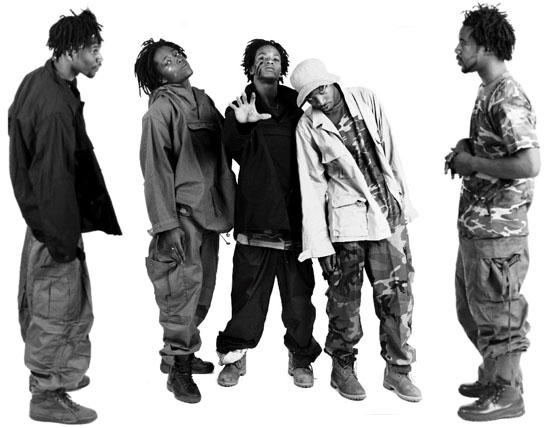 Like Boot Camps two preceding albums, it was primarily produced by Da Beatminerz which helped lay the gritty foundation for emcees Ruck, a.k.a. Rockness Monstah, and Rock later and more famously known by his gubmint Sean Price.  One thing you’ll notice on this album is an even more intense verbal assault as compared to previous BCC albums Da Shinin’ and Enta Da Stage and an influx of twisted humor.  I mean their lyrics and skits had me rollin- especially Sean P.

If you go back and listen to this album, I’d ask you to start with the “Outro” track.  This is where Sean Price, in character, speaks about his opinion of the Hip-Hop industry of the time.  It summarizes the importance of Nocturnal providing such a necessary contrast to the excessive, materialistic Hip-Hop being promoted at the time.  We all miss that dude.  Rest in Power Sean Price and long live Health Skeltah! 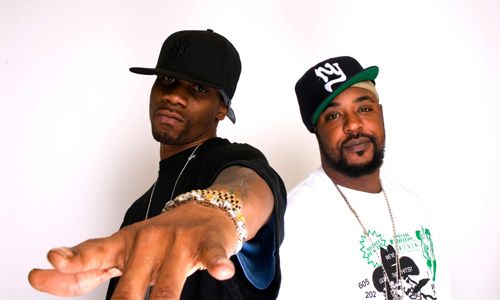 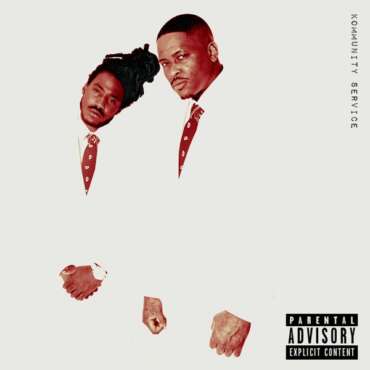 TUNE IN EVERY WEDNESDAY NIGHT FOR #WESTSIDERIDAHREPORT 5PM PACIFIC-2AM PACIFIC/8PM-5AM EASTERN  WSRR 6/2 Its June baby. And this week on WSRR we bringing it back to some of that new slap being released before summer hits. Lets go through the rundown…. New Albums by Planet Asia, Chris Locket, Dru Down, Keak da Sneak, YG & Mozzy, Demrick - Mike & Keys, and some tracks by G perico.... Planet Asia straight […]